A new «Olympic» label for AS Skema and for the School!

2021 was the long-awaited year for the resumption of sporting activities… and the Tokyo Olympic Games.

It will also have been the year of the expected coming of the International Colloquium Pierre de Coubertin co-organized with the University of the French Riviera.

It was a big challenge because it had been organized in hybrid mode, with some 200 researchers from all walks of life, and with plenary sessions that took place at the National Museum of Sport, or over two full days, within the Sophia Antipolis campus.

At the end of this symposium to which the Inter-ministerial Delegate had wished to attend, in the same way as the regional and local authorities, or the representatives of the Olympic Museum of Lausanne or Qatar, a superb recognition since AS Skema Sophia Antipolis and SKEMA have been awarded the prestigious Pierre de Coubertin label which rewards the commitment and results achieved by a community or an institution in educational actions of values, of heritage and Olympism. It is awarded by the French County Pierre de Coubertin, its President André Leclercq … A second label after «Generation 2024» that had recently come to reward the policy conducted for the benefit of high-level athletes in the ministerial sense. And new laurels for our sports team with Nathalie Sanchez, Franck Luccisano…. Or Bertrand Groslambert and Ivan Coste Manière

In addition to this distinction, Ivan Coste Manière was able to present a recycled bronze trophy made by blind students from Cote d'Ivoire to Thierry Terret, moved and amazed by the details and the atmosphere of this symposium where high-level communications will also have allowed to see 5 students of SKEMA present their work before the great researchers of the discipline on the theme art, communication and Olympism…. 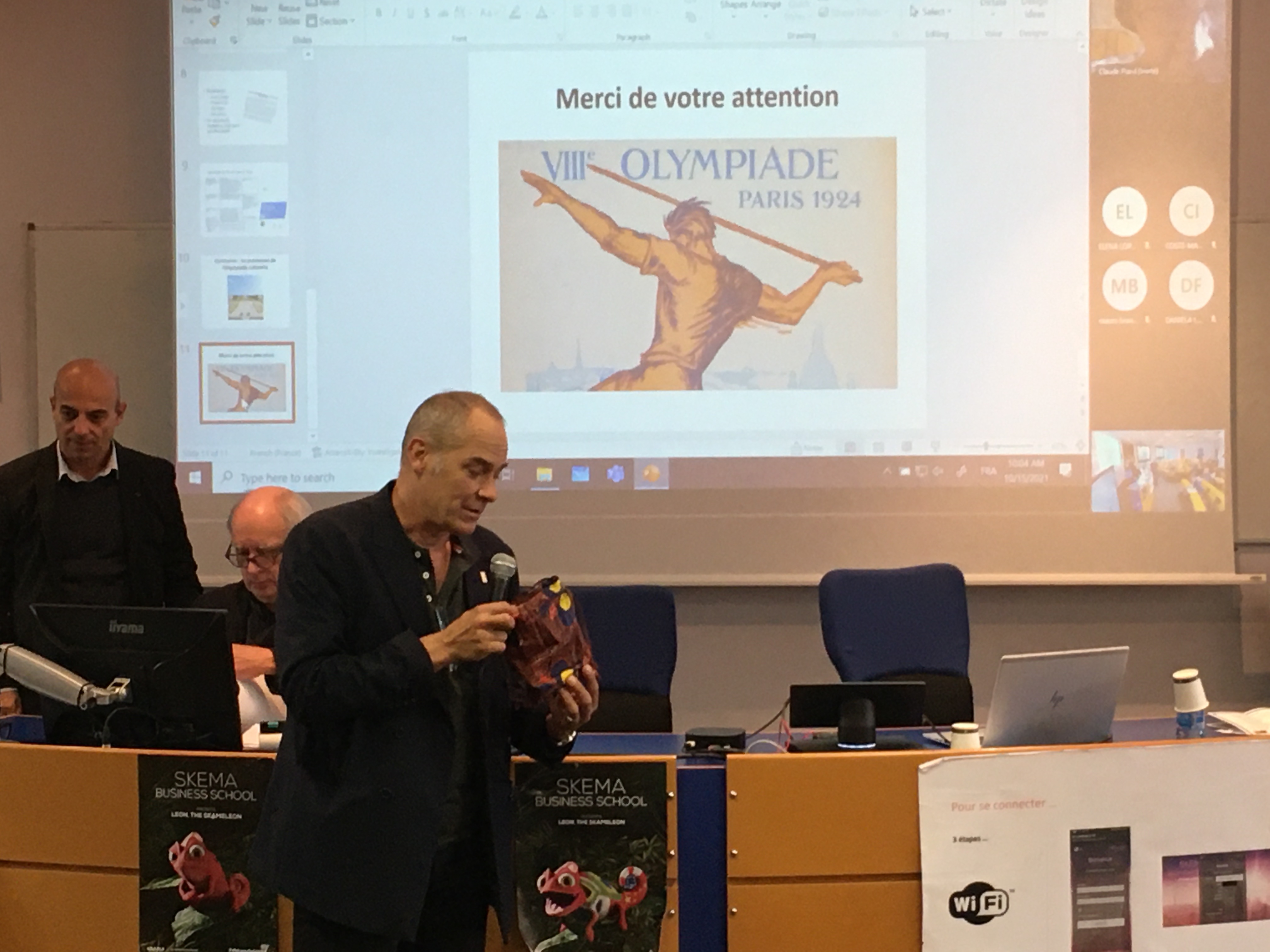 Thanks for this great text written by Ivan Coste-Magniere.